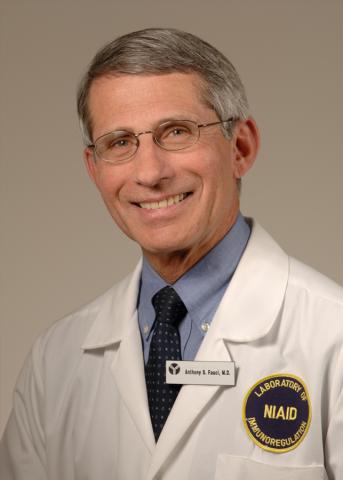 Dr. Fauci served as the NIH’s AIDS Coordinator before his appointment as the first Director of OAR upon its establishment in 1988. Dr. Fauci joined the NIH as a clinical associate in the Laboratory of Clinical Investigation (LCI) at the National Institute of Allergy and Infectious Diseases (NIAID). He became Head of the Clinical Physiology Section, LCI, and was later appointed Chief of the Laboratory of Immunoregulation. In 1984, Dr. Fauci became Director of NIAID—a position he still holds—where he oversees an extensive research portfolio of basic and applied research to prevent, diagnose, and treat infectious diseases such as HIV/AIDS, respiratory infections, diarrheal diseases, tuberculosis, and malaria, as well as emerging diseases, such as Ebola and Zika.