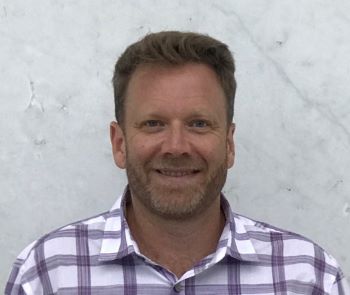 Robert (Rob) Cregg, M.S., M.B.A., joined the Office of AIDS Research (OAR) in 2016 as a contractor, primarily focused on software development, systems engineering, and data analytics. In August 2020, he joined OAR as a federal employee specializing in data science. After graduating with a degree in biochemistry and molecular biology from the University of California, Santa Cruz, he joined the Peace Corps as a volunteer, teaching physics and chemistry to high school students in Malawi, East Africa. After his 2-year tour ended, he returned to the United States and attended Johns Hopkins University, where he worked on the AIDS opportunistic disease organism Candida glabrata. His work focused on developing libraries of mutations using transposable elements to knock out gene function and screening for pathogenesis in immunocompromised mouse models. After leaving Johns Hopkins University with an M.S. degree in biotechnology/bioinformatics, Mr. Cregg worked for a biotech company developing anti-angiogenesis cancer drugs. While working there, he received his M.B.A from Johns Hopkins University. Mr. Cregg joined the NIH as a contractor in 2003. Over the years, he has worked to develop new data analytic systems for both the NIH and the National Science Foundation, including the text mining system Research, Condition and Disease Categorization.

This page last reviewed on September 9, 2022